When I got Joelle’s first email it seemed like a classic Tuscan wedding, the kind I often do: the bride and groom born in one state but live in another and have family and friends scattered all over the globe. 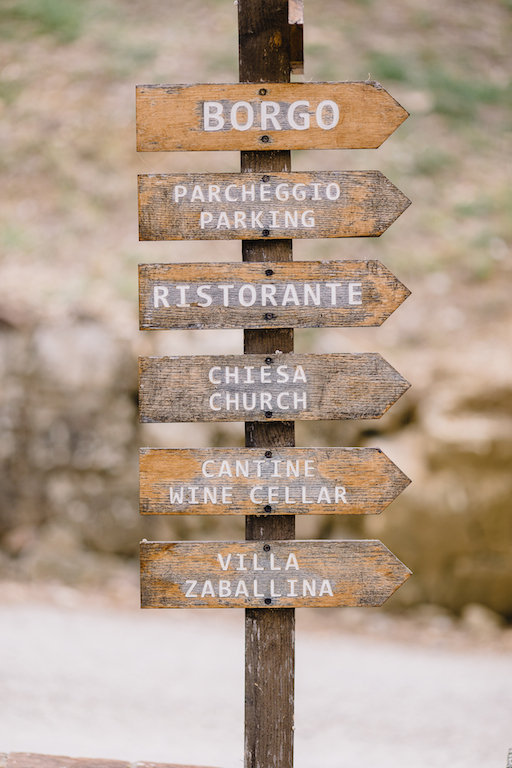 They did not delude my expectations: the French-born bride was also a citizen in Belgium, which is also her parents and groom’s home.  On the other hand, the groom was born in East Germany and had family and ancestors in Russia.  Logistically they both lived in Australia, thus making it almost impossible to gather all of the documentation needed for a civil marriage…!  A symbolic ceremony was the most logical choice and gave us the opportunity to go wild with the decorations and afternoon activities.  Oh yes, after spending the Epiphany weekend here, Joelle and Toli decided to get married in a beautiful liberty-style villa in the commune of Barberino Valdelsa.  The couple’s closest family members stayed in the main part of the villa and their friends booked the apartments on the farmland. 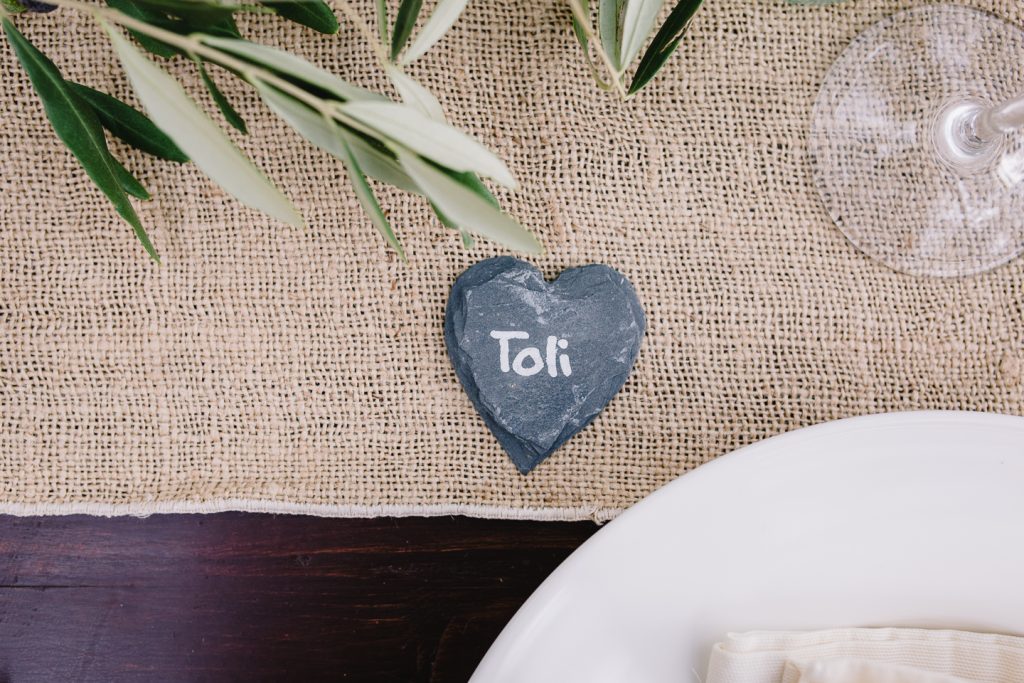 A few days before the wedding I accompanied Toli and Joelle to try out the hairdresser and the catering.  The bride chose to have her hair up on one side which suited her wonderfully and would be perfect with her pearl-grey gown. 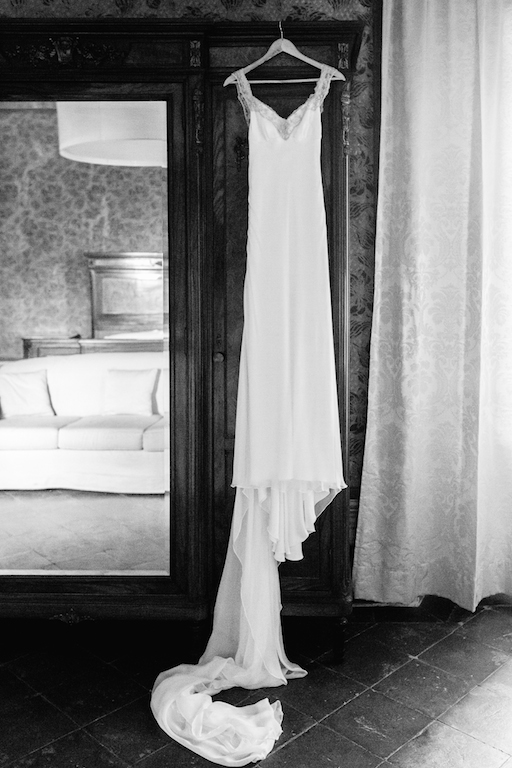 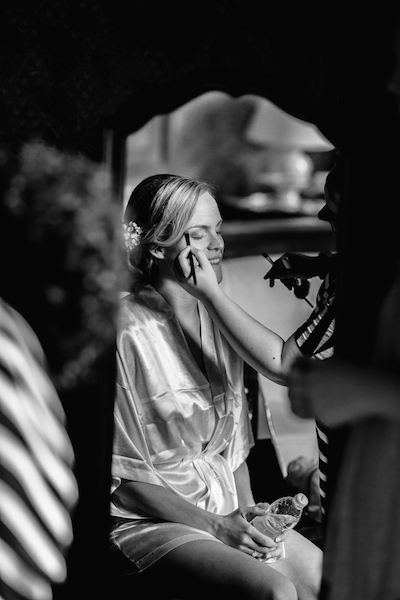 The catering was a success and the bride and groom walked out with the final draft of the menu and table arrangements and décor decided, also thanks to Super Gabriella’s suggestions. 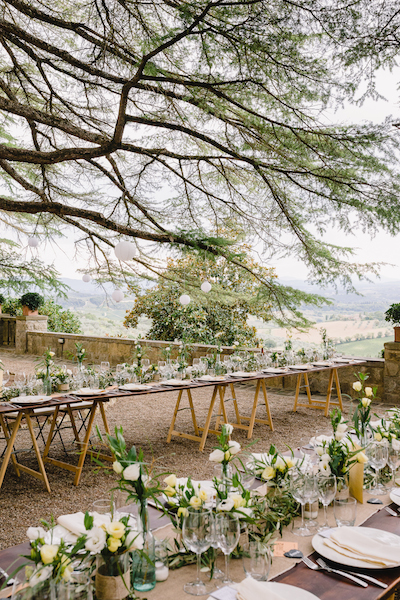 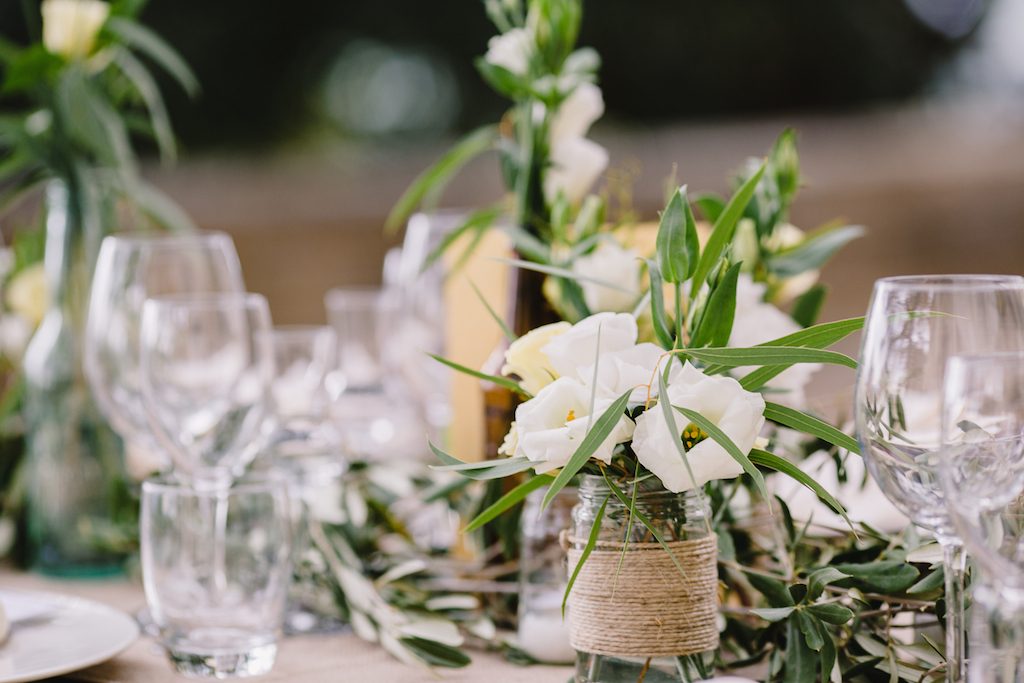 Early start on the wedding day to get hair done:  the five guests were unrecognizable once the hairdresser was done with them! 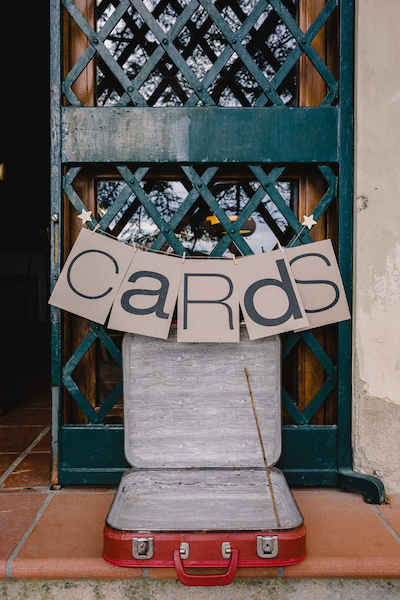 Jen, the photographer, had also started early that morning, taking pictures of the villa’s outdoor locations: even if it was the end of September, the weather was still warm so we were able to have both the ceremony and the dinner outside, in the villa’s front garden.

The ceremony was held in the shade of a secular cedar tree with the guests arranged around the couple like a theatre, overlooking the marvellous panorama of the Val d’Elsa hillside.  Afterwards, while the guests congratulated the newlyweds, the waiters started to serve the aperitifs in the garden.Dinner was served on the ground floor of the villa, where the band had set up for the party afterwards.  When the time for the cutting of the cake had come everyone was ready to start dancing and the bridesmaids had a hard time convincing everyone to leave them some space to set up for the pranks they had in store for the couple…!

Finally, the music won everyone over and all of the guests were dancing:  it was a magical evening with wonderful September weather and I’m sure  that the bride and groom as well as their guests will cherish that day in their memories for a very long time!

Any cookies that may not be particularly necessary for the website to function and is used specifically to collect user personal data via analytics, ads, other embedded contents are termed as non-necessary cookies. It is mandatory to procure user consent prior to running these cookies on your website.